Underground construction in soft ground below the water table using Earth Pressure Balance (EPB) tunnel boring machines (TBMs) is undergoing tremendous growth. The EPB shield tunnelling method is preferred for soft, cohesive soil, combining the advantages of hard-rock TBMs and soft-ground shield machines. The method has the advantage of producing soil paste from the excavated material. This byproduct can be used as pliable plastic support to balance the pressure at the tunnel face. EPB shield tunneling avoids the uncontrollable flow of soil into the machine and permits rapid progress while reducing settlement to a minimum. But what happens when an EPB TBM is used in less favorable ground conditions?

During excavation beneath the water table, the water flow towards the tunneling work alters the pore water pressure distribution around the tunnel and changes the hydraulic–mechanical system in the ground, which can cause problems for both the works and the tunneling operatives.1

In situations like this where the soil lacks cohesion, reduced TBM cutter head torque and tool abrasion and increased advance rates can be achieved with the correct use of soil conditioners such as foams and polymers. Different types of foam deliver varying properties, from foaming capacity to stability, anti-clay capacity, rheological impact (liquefaction/stiffening) and drying-up capacity. In tricky grounds and slurry conditioning, highly stable foaming agents such as MasterRoc SLF 325, MasterRoc 419 or MasterRoc 543 can be used to overcome the challenges by:

The role of super water-absorbent polymers in foaming agents

Super water-absorbent polymers (SWAs) are widely used to support the performance of foaming agents, thanks to their water-retaining and yield-increasing capacity. These characteristics allow SWAs to act as a binding agent, restructuring soils with poor grading and low fines content, particularly in coarse clean sands and gravels below groundwater.3

Ready-to-use SWAs can be easily applied; they assist by:

This approach to soil conditioning means that contractors can work more safely, achieving a higher level of quality at the same time. SWAs’ use in multiple applications in TBM tunneling means that the demands placed on these agents are constantly increasing.

Using SWAs as an anti-clogging solution

Excavation in soft soil can lead to clogging of the cutterhead, cutting tools and transportation system during mining through diaphragm walls. Clogging causes blockages and stoppages – issues that necessitate halting operations to clean the affected parts. This problem slows the advance rate and increases project costs4. Using SWAs in foams like MasterRoc SWA 710 to prevent clogging is an innovative approach with two key benefits:

Both of these factors can be more problematic when the ratio of cutting teeth to peripheral roller disc cutters is higher.

SWAs can be used in a number of ways throughout the excavation process. Beforehand, they can be applied as a gel on the tools located in the cutter head’s center and via an IBC oil pump, with polymer lines being primed with a biodegradable oil. Once excavation is in progress, SWAs can be injected continuously through a single line within the chamber as well as using an oil pump.

Using SWAs as an anti-dispersion agent

SWAs can be used to limit dispersion when boring in fast-dissolving hard clay/shale rock with changing face conditions. In such challenging geology, regular cutterhead interventions and the high specific gravity of the slurry are sure to affect TBM operations and overall tunneling progress. In addition, the range of the specific gravity of the mixed slurry in the mixing chamber is likely to vary widely as the crushed rock’s fine particles dissolve in water. Employing a foam containing an SWA like MasterRoc SWA 710 addresses both of these issues.

Get in touch with our expert Mike Sposetti, Global Technical Manager TBM, for more information on anti-clogging and anti-dispersion SWA usage!

Looking back to 2022. Top winter reads for construction experts.

Eight things you need to know about concreting in winter 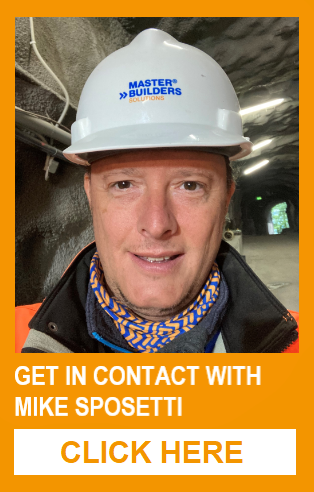