The urgency of aging infrastructure in our smart and urbanized world

If you look around, you can see concrete structures almost everywhere – whether they are residential or commercial buildings, roads, bridges or dams, we, humankind, are masters of concrete construction. But already our Roman ancestors knew of the durability of concrete, as famous architectural masterpieces, like the Pantheon in Rome, still prove. Today, however, the problem of crumbling modern-day infrastructure is evident in several European countries and comes with serious problems. In this article we seek to get to the bottom of the matter in more depth, highlight current challenges and give outlooks on how to arm our environment for the future.

Aging Infrastructure all around us Certainly, every driver has experienced it: heavy vehicles are banned from bridges as those were not designed for today’s heavy freight traffic, speeds are reduced on roads to cushion the damage or whole road sections are even shut down due to ongoing refurbishment or reconstruction after demolition. Statistics from all over Europe are alarming: in Germany, only 13% of the 39.619 street bridges or 51.608 bridge sub-structures are in a good or very good condition. National Statistics reveal that 841 bridges could be at risk of collapse in France, followed by 300 bridges being at risk of failure in Italy and 66 bridges with serious safety problems in Spain.


The danger reveals itself through incidents: already in 1982, the Tous dam collapse in Spain led to an evacuation of 100.000 people  as heavy rain damaged the inadequate spillway design. More recently, in 2019, the Whaley dam in the UK almost collapsed, where heavy rain damaged the concrete protective cover. The most prominent accident however is the dramatic collapse of the Italian Morandi Bridge in Genova in 2018 with several casualties. As Italy’s civil engineering society has called out a “Marshall Plan”, the need to refurbish and replace thousands of concrete structures that have surpassed their lifetime all over Europe has never been more evident. 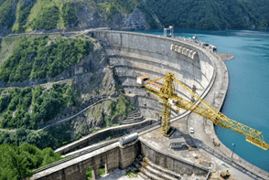 Even though ancient concrete monuments still exist, the modern use of steel reinforcement which provides reinforced concrete with amazing properties, is also one of the reasons for a reduced durability of concrete. Today, reinforced concrete structures are said to last around 50-100 years, but deterioration of such modern structures can already begin after “10 to 20 years or even less” due to deformation, hydraulic or thermal shrinkage and swelling that will reduce the initiation period of the reinforcement corrosion process. Find more information on why concrete cracks in our three-part blog series here.

For large dams, for instance, the Canadian-based Institute for Water, Environment and Health researched that most of the 58,700 large dams worldwide were constructed between 1930 and 1970, highlighting that at around 50 years, large concrete dams “would most probably begin to express signs of aging”. As most western bridges were also built around the 50s to 70s last century in the post-war construction boom, those structures are now either reaching the end of their lives or one must at least think of protective measures to increase their durability. 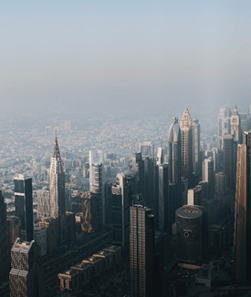 Our smart world is not only marked by huge technological progress, but further rapid urbanization. As the United Nations have estimated, today already 55% of the world’s population live in urban areas, which trend is expected to continue - by 2050, nearly 7 of 10 people are expected to live in cities. But how to cope with this rapid expansion? Not only are sustainable solutions needed (as the World Bank estimated that 80% of global GDP is produced in urban areas), but such a speedy urbanization further requires an intact infrastructure to cope with the challenges caused by the population’s expansion in concentrated areas. Combustion gases from cars and heating systems increase the amount of CO2 in the atmosphere and thus the risk of carbonation of concrete. To avoid disruption in daily lives and supply chains through traffic jams caused by the aging infrastructure, huge maintenance and refurbishment activities are necessary accounting for billions of euros.

To keep up with the projected GDP growth, the world is estimated to need $57 trillion in infrastructure investment over the next 15 years. Only dedicated infrastructural activities allow for a continued progress and economic growth.

Solutions for today and tomorrow 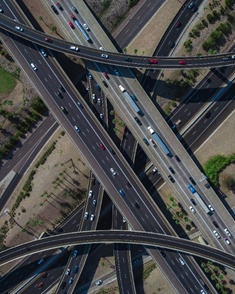 The above-mentioned cases highlight that infrastructure cannot be taken for granted and that the world is in need to overcome the environmental damages faced by using concrete, to avoid the problem of aging infrastructure and to increase durability.

We at Master Builders Solutions are already thinking about the solutions for tomorrow today. Success stories like the reconstruction of the Fossano Viaduct in Northern Italy, which collapsed in 2017, already prove that our solutions can sustainably repair structures and can implement the right measures to protect constructions for the future.

But looking ahead, through innovative concrete admixture systems you can extend the service life of your concrete structure with a pro-active maintenance. This not only saves you costs in the long run (read up more about the cost benefits and De Sittler’s Law here), but further contributes to a sustainable construction through preventive and repair mechanisms (learn more about sustainable construction here). Master Builders Solutions has a wide range of products to design and maintain the concrete structures with longer service lives. Just one example: our dual-phase corrosion inhibitor MasterProtect 8500 CI is designed to prevent corrosion in your concrete structures and is class-leading in concrete protection. With our innovative solutions, you are armed for the future!

Innovation in action: a new way to renew wastewater tanks