Floors which help prevent damage due to electrostatic discharge (ESD) must be specified, installed and tested according to the relevant standards. Rather than relying on terms such as ‘antistatic’, ‘ESD’ or ‘conductive’ to describe such floors, specifiers should define the resistance that the floor should provide, and details on how it should be tested before it is selected and after it is laid.

In previous blogs, we explained why antistatic (AS) and ESD floors are increasingly in demand (Is your shop floor prepared for a smart world?) and how such specialist flooring works (How does flooring from Master Builders Solutions help to control static discharge?). In this post we will look at the relevant standards and outline the most common testing methods deployed.

Which standard, which resistance?

There are multiple reasons why an antistatic or ESD flooring may be required. Here we outline the relevant situations, which regulations or codes govern them and elaborate on the electrical properties or electrical behavior that may be necessary for flooring in each situation.

Floors in these environments should have the following Resistance to ground (Rg), when measured according to EN 1081 or IEC 61340-4-1: 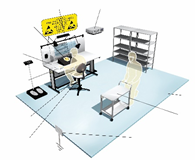 ESD Protected Areas (EPAs), where electronic elements should be protected to prevent damage to equipment and to provide safety, are covered by the international specification IEC 61340-5-1 which says:

Clean rooms, used for research or as production rooms for pharmaceuticals for instance, tend to have specifications that follow either ATEX or EPA guidelines. 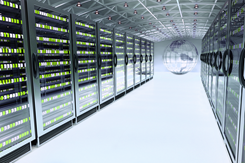 Which testing method, when?

There are three standards that contain the most relevant test methods for AS and ESD flooring:

Flooring resistance can be measured in different ways: between its top and bottom surface (R1), between two points on the flooring surface (R3 or Rp-p) or between one point on the surface and the ground (R2 or Rg). Rg is generally the most useful value during the specification and verification after the installation.

It is also important to determine whether ‘ground’ means the protective earth of the power distribution system or an arbitrary zero reference point, such as the steel frame of a building. The test voltage must always be specified, as resistance varies with voltage.

Below is an outline of the tests laid out in each standard:

EN 1081:2018+A1:2020 Resilient floor coverings – determination of the electrical resistance

Measurements should be taken when a force of over 30kg is applied to a tripod electrode. The test voltage varies, depending on the specified resistance.

This section of the IEC 61340 series of standards sets out how to create control programs for activities which involve equipment that could be susceptible to damage from ESD. It references other parts of the series (explained below) which it says are essential as part of a control program.

This part of the standard series sets out how to measure resistance to ground, Rg, and resistance from point to point, Rp-p. Rg is generally the most useful value during the specification and verification after the installation.

For Rg, the resistance in ohms is measured between a single electrode placed on the ground and an earthing point. Readings may be necessary at three different voltage settings. The number of measurements required is governed by the size of the floor.

Rp-p is measured between two electrodes at a prescribed spacing.

IEC 61340-4-5:2004 Standard test methods for specific applications - Methods for characterizing the electrostatic protection of footwear and flooring in combination with a person

This sets out test methods where the combined resistance of a person wearing special ESD footwear and the flooring must be assessed. A person wearing the shoes holds a handheld electrode with the negative lead connected to an earthing point or the earth.

The tests may need to be done at different voltages, depending on the resistance value being read. And they should be repeated with just one foot in contact with the floor.

This section also includes a measuring technique to determine the potential difference generated by a moving person walking forwards and backwards on the floor. This test is also called body voltage generation and it is used during product characterization. Results are measured in volts.

This standard sets out how electrical installations should be tested initially and at intervals and includes the requirement to check the resistance of the flooring system. The standard describes the test method for flooring which is performed using a tripod electrode according to EN 1081. 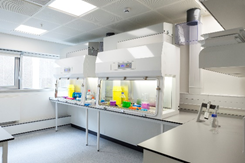 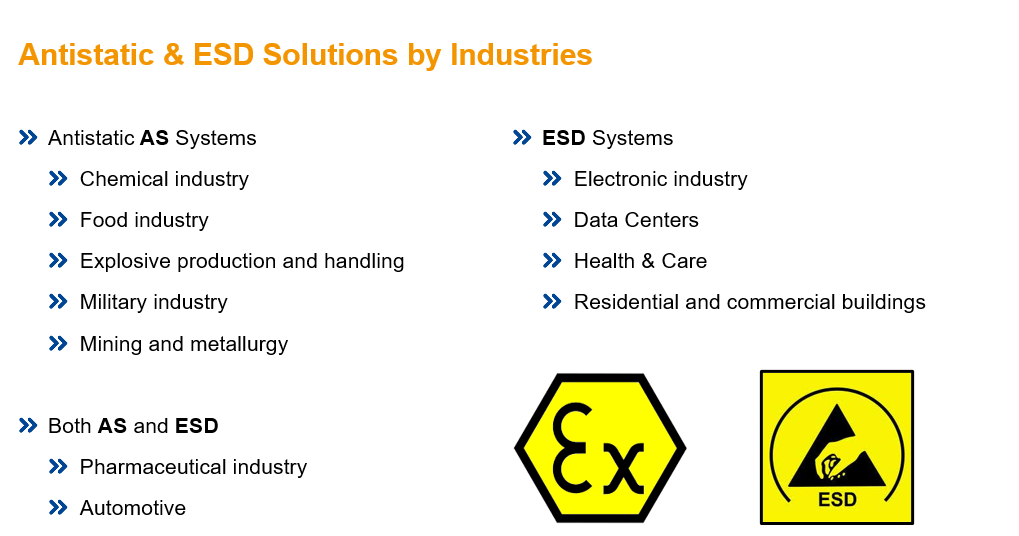 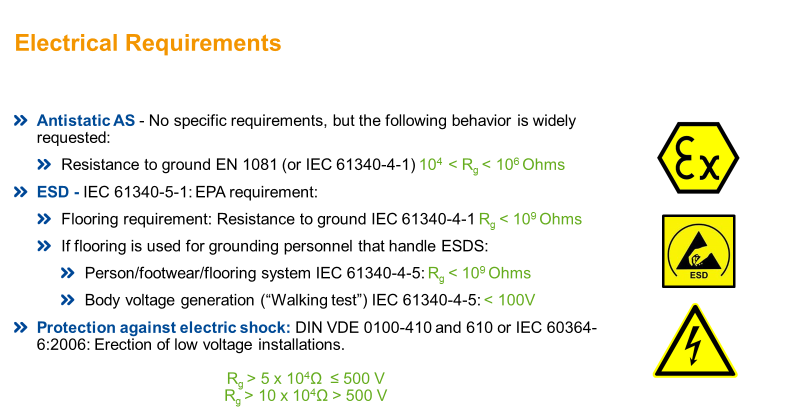 Watertight and water vapour permeable materials - Is that possible?

Tradition meets innovation from the floor up at leading Austrian dairy